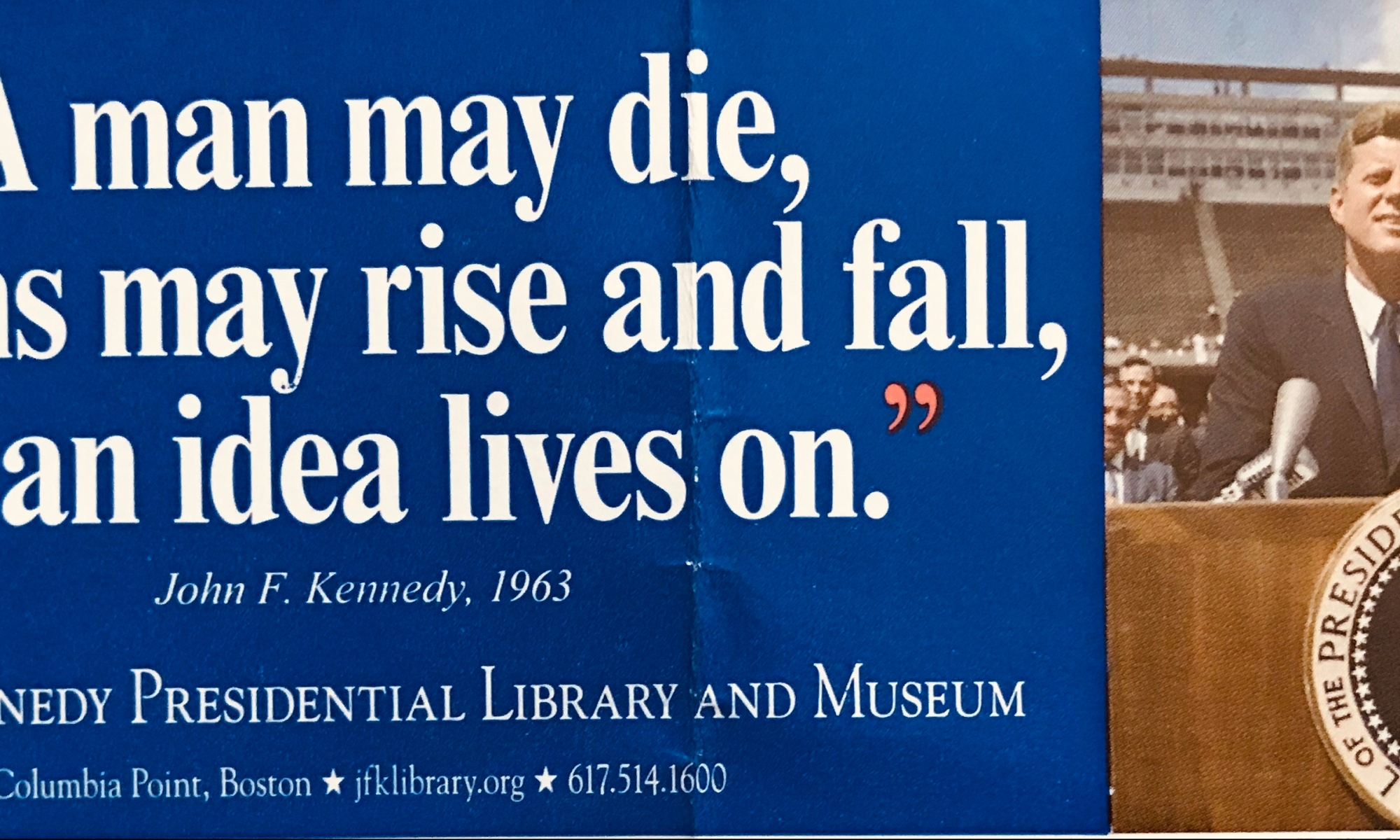 On February 8th 1963, President John F. Kennedy addressed a small crowd in the tidewater city of Greenville, North Carolina. In truth, he actually didn’t speak to the crowd that day in person – his remarks were pre-recorded and played for the dedication of a United States Information Agency radio transmitter, designed to broadcast the “Voice of America” to an eager world.

Despite the nondescript nature of the day, one line from his speech lives on in the canon of American rhetoric:

“A man may die, nations may rise and fall, but an idea lives on.”

These fourteen words – emblazoned forever on the walls of the JFK Library in Boston, MA – carry as resonant an echo today as they did fifty-five years ago for one simple reason: they neatly capture the truth underlying America’s greatness. The truth that America is more than a nation, more than even the sum of its people – America is an idea. An idea conceived in a crucible of freedom, born and repeatedly defended in the crucible of war, and surviving still today in a crucible of division, fear, and invective.

For over two hundred years we have in fact recursively made it better, tackling America’s structural imperfections one-by-one and strengthening our country’s foundation generation by generation. Our progress has rarely been linear, yet progress we have made and ultimately, inextricably, towards justice.

Today’s generation faces no different a task – a task not defined by striving to “Make America Great Again.” Instead, borrowing the late Catherine McAuley, our national identity itself demands that we strive to make America “good today, but better tomorrow” and leave our children a more perfect union.

To do so, we must first acknowledge that – while we are intensely proud of our United States of America – we remain imperfect. Division, fear, and invective too often characterize our national conversation – we must confront them. Oppression still persists in public and in private – we must defeat it. Cycles of poverty, violence, and hunger persist despite a decade of nearly unprecedented economic expansion – and we must end them.

Most importantly, we must realize that these cracks in our nation’s foundation need not be permanent. Like those encountered by past generations – including slavery, suffrage, and segregation – they can be mended, but we must mend them together.

Dr. Chris DeRienzo is a physician from Asheville, NC and author of the upcoming book Tiny Medicine – One Doctor’s Biggest Lessons from His Smallest Patients. Follow him @ChrisDeRienzoMD and sign-up for the book’s pre-release here.

One Reply to “Our American Idea”